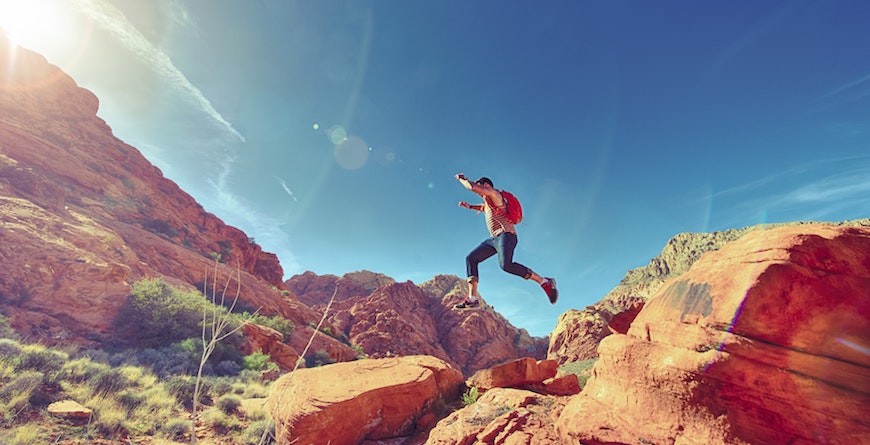 What do you mean I can choose my Beliefs?

In 2007 I was offered a senior Leadership Role with a large international organization. I almost turned it down. I told myself “I don’t have enough experience yet” (maybe I need another year or 2), “I’m not as smart as these guys think I am”, and “I don’t know how to manage the challenge at hand, so I’d better not take it on”.

I’m glad I overcame these beliefs because that role was a game changer for my career. Those beliefs were not the truth, but boy, did I believe they were. By talking it through with my coach, I realized that I choose my beliefs about all aspects of my life. I choose to limit myself, or I choose to empower myself.

What are beliefs and what role do they play in our lives?

So there is the practical purpose of having a belief system. Self-limiting beliefs hold us back because we hold them to be the absolute truth. For example, “My superiors can see how good I am, so I don’t need to ask for a raise”. They are the kind of beliefs that limit your potential, your opportunities, and the life you so deserve to live. And, they are not true.

So, how did I come to believe in these self- limiting beliefs?

Many of our beliefs are formed and accumulated in our childhood. We learned through what we were told by our parents, teachers and those around us. When we were told, “you are not studying, you will never be top of your class” we believed it to mean “I’m not good enough” or “I’m not talented”. This bleeds into our adult life where we continue to believe these un-truths and make them our reality.

From my experience, many of us have very similar beliefs. Here are some of the most common limiting beliefs, particularly amongst women: What I want is not important; I am not important; I’m not good or smart enough; I’m too young or too old – people won’t take me seriously; I don’t deserve it; Good looking men are unfaithful or unkind; I need more money – then I will be happy.

2- Write down how this self-limiting belief makes you feel

Describe the feeling in 5 words. Are you happy about feeling this way? Does it help you in any way? If it’s not a good feeling, you can choose to change it. Example: I feel trapped in this unhappy job. I believe that I can’t have a job that pays well and is fun.

3- Find a data point that proves this belief wrong

For each limiting belief, think of one specific example where the statement is not true. Where you did something, experienced something or saw something (even if it was through someone else) that proves that this belief is not true. For example, for the belief I am trapped in an unhappy job – think of someone who has a job that pays well and is also a lot of fun. It’s important to differentiate between a real weakness and a self-limiting belief. For example, not being able to speak a foreign language is a real weakness if it’s something you need to progress in your career. The self- limiting belief is that you can’t learn such a language.

4- Flip it and write your belief in an empowered way

5- Write down how this new empowered belief makes you feel

Does this new belief pull you down, or help you think and be bigger? Say your new belief out aloud – how do you feel? Is this a belief around which you want to create your reality? If it is, then make the decision to shift your belief.

Now, adopt and internalize your new empowered belief. Make it into an affirmation. Repeat it every day to yourself, many times a day. Stand in front of the mirror and repeat it, repeat it on your way to work, in the shower. The more you say it, the more you will believe it until it becomes your reality.

Watch out: your old limiting beliefs will come back to you – repeatedly. They have been there for so long, they wont leave you so easily. Recognize them. And discard them by stating what you did in step 6. And reinforce with your empowered belief.

Work with a buddy who also wants to change a self-limiting belief. Support each other with regular updates and celebrations of success, even small progress steps. Share your experiences with us. Reach out when you need support.

It’s your reality. You choose it. You become it. 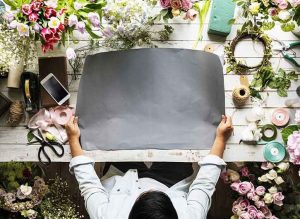 Last month while coaching a client, the topic he brought to the coaching session was that he was not... 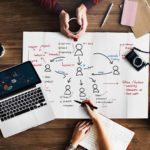 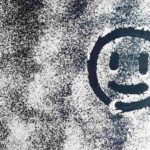 The Ultimate Guide To Understanding The Hogan Assessment 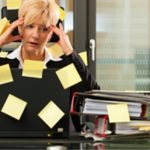 Do You Wear Your Busyness as a Badge of Honour? 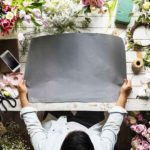 The Ultimate Guide To Understanding The Hogan Assessment

As our Associate Leadership Coach, Supriya works with Marya Leadership Academy’s clients to articulate what are they seeking in the next phase of their successful careers and life. Clients often experience a recent difficult event in their personal lives (e.g. a personal health scare, an elderly parent's illness, a redundancy or unplanned exit from their long-term company) which has triggered deep thought about their future. Supriya helps such driven individuals to reinvent themselves.

A little bit of the passion behind the above is that she herself has reinvented herself over more than a decade old career. The first half of her career was heading a Retail Space Design production house. She gradually transitioned into Creative Thinking and Problem Solving awareness workshops and corporate sessions before exploring the field of Learning and Development.

Virender is the Chairman and CEO of LECO Botswana Pty. Ltd, one of the largest steel fabrication and Mining components manufacturers in Botswana. He is also the Chairman of Marya Holdings group of companies, a serial entrepreneur who has run a number of successful businesses in Africa, and a serial investor. He has been a mentor and coach to a large number of entrepreneurs starting and scaling their businesses.

Over the years, Virender has held various leadership positions in the Mining and Manufacturing industries in Southern Africa.

He is the Chairman of Indian Association, Selebi Phikwe and has been President of Lions Club and Chairman of Golf Club.

Through these various roles, he has conceived and implemented hundreds of social impact projects across Southern Africa. In addition to this, he has been actively involved with HIV/AIDS prevention program in the country

At Marya Leadership Academy, Virender mentors and coaches entrepreneurs, CEOs and leaders of businesses either in the start up or scale up phase. He also coaches business leaders that are setting up or entering the African subcontinent.

As the Founder and Managing Director of the Marya Leadership Academy, Neeru leverages her passion, entrepreneurial experience, and effective business coaching skills to help her clients achieve organizational, personal, and professional growth. With over 13 years experience as an entrepreneurial coach, she leverages thousands of hours of Mindset Coaching to facilitate entrepreneurs and executives on their path to their unshackled potential.

From startups to established businesses, Neeru's straight forward coaching approach is designed to empower business leaders to grow their organizational frameworks and business processes, as well as personal and professional skills. Throughout their individual and group coaching sessions, Neeru's clients learn to build and run scalable, sustainable businesses. In fact, she has successfully helped several clients transition from the early stages of their business to reaching their next levels of growth and development. Additionally, Neeru has provided many of her clients with the mindset, skills, tools, insight, and decision making processes needed to secure capital funding (debt and equity).

Neeru is passionate about social impact, and has coached dozens of social entrepreneurs to develop systems to scale their businesses. Her clients have included Bill and Melinda Gates Foundation, World bank, Local and International foundations, government agencies, and everything in between. She has worked with universities (to include SP Jain School of Global Management) and development agencies (such as UNDP) to establish women's leadership development programs with great success.

Additionally, Neeru successfully bridges the gap between the landscape of academia and the business world through her teachings as an adjunct faculty for various business schools. She is particularly proud of her work facilitating Executive MBA students Leadership, Entrepreneurship, and Innovation. Through her work, Neeru has successfully implemented entrepreneurship programs within two of the regions leading business schools – University of Dubai and Murdoch University, Dubai. These programs help young entrepreneurs to develop innovative scalable business plans, with a roadmap for accountability and execution.

Neeru is a natural networker and is a member of the Business Network International (BNI) Local Leadership team in the UAE. As a member of the local training team, she helps business owners learn how to grow their businesses through successful referral marketing.

Neeru is a certified Co-Active Coach, and is recognised as a PCC (Professional Certified Coach) by the International Coaches Federation. She is a lifelong learner and completes a new training/ certification every year to enhance her work.

Seema is a student of life with a compassionate passion for seeing others grow.

A multicultural life journey where she has lived and worked in 3 continents and brought up 3 daughters along the way has shaped her deep understanding of human relationships. A marriage that is older than many countries with a partner now a friend.

Originally from the Silicon valley of India - Bangalore - Seema obtained a Postgraduate in psychology and pursued her Mphil at the prestigious NIMHANS college and spent some time in clinical counseling and child psychology and education.

Seema then decided to cut her teeth in the corporate world joining a major retailer. Starting as consultant on team dynamics and organisational development she went on to head their marketing department for a number of years. They still fondly remember her as the “Green warrior” for launching their sustainability movement. Wanting to do more Seema then branched out as an entrepreneur and co-founded a high end edutainment chain for toddler development. During this 10 year journey she oversaw strong expansion and managed a multi national team in 3 countries.

Currently with Marya Leadership Academy as a Coach, Seema focuses on the Wisdom of the Enneagram, and works one on one with our one-year coaching clients to deepen awareness of self, become aware of self defeating behaviours, and facilitates massive shifts that impact their lives, fulfilment, alignment to purpose and their Business results.

She is an avid life/art enthusiast and her passions are many gardening, art and making other handcrafts. She is a people enthusiast and enjoys every individual and their diverse gifts.